This year, the Transfer Centre of the University of Passau became a cooperation partner of the Danube Cup, an international pitch competition for student start-ups. The University is thus expanding its regional start-up network at the European level and strengthening its profile as an entrepreneurial university. 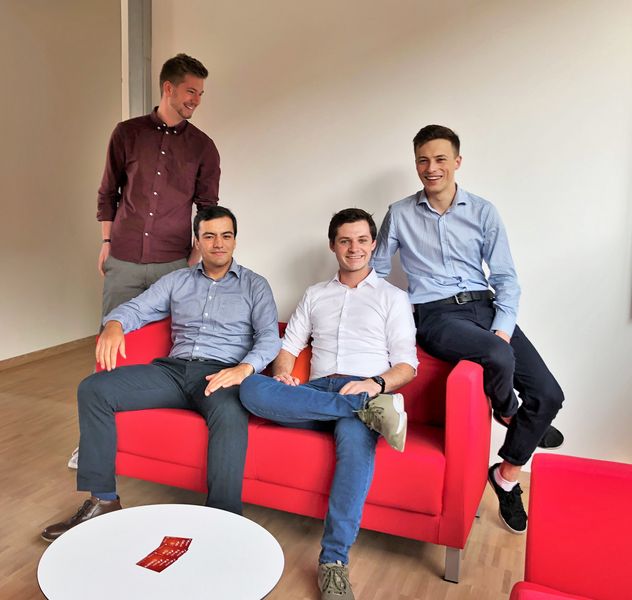 The Pionize team made it to the Danube Cup finals. From left to right: Maximilian Hauke, Mirabror Mirzokhidov, Alexander Lerach and Tymofii Melnyk (Photo credit: Pionize)

The aim of the Danube Cup is to establish a start-up network between universities along the Danube in order to further develop and deepen cooperation in the field of entrepreneurship. "The University of Passau wants to provide greater international support for the topic of entrepreneurship. With the Danube Cup, we are taking an important step in this direction. The Danube Cup is a great initiative from our international partners, which we are happy to support as a start-up-friendly university with a strong affinity for entrepreneurship", said Vice President for Research, Professor Robert Obermaier, whose portfolio also extends knowledge transfer and thus start-up support. "For the University of Passau, this cooperation means moving further along its path to becoming an entrepreneurial university taken as part of the project 'PATEC: Passau - The Entrepreneurial Campus'", added Dr Günther Hribek, Head of the University’s Transfer Centre. "By cooperating with European partners in this competition, we are also setting an impulse for strengthening the entrepreneurial spirit on our own campus."

In the competition, each university sends two start-up teams, who will present their business idea and strategy to a jury of five international experts and talk to potential investors. Passau’s teams this year are Pionize, who are developing a platform for an individual smart home system, and KurkuMama, a social superfood start-up. Both teams were coached and supported by Start-up Adviser Helene Schneider of the University of Passau before and during the competition in Budapest, which took place virtually due to the covid-19 situation. "The young founders benefited greatly from the jury's constructive feedback. They were able to make new contacts and gain valuable pitch experience", Schneider summarised. The Pionize team made it to the Danube Cup 2021 finals and reached 6th place, winning through against the very strong competition.

International network of seven universities along the Danube River

Originally launched in 2015 by Budapest University of Technology and Corvinus University Budapest, Danube Cup counts the University of Belgrade, Vienna University of Economics and Business, Johannes Kepler University Linz and OTH Regensburg as its participants—and of course the University of Passau. The universities are connected not only by the Danube River but above all by their desire to cooperate in the field of entrepreneurship and to establish a start-up network between the seven universities.

Next year’s pitch competition will be held in Vienna for the first time, having thus far been organised in Budapest. Please visit: www.uni-passau.de/wissenstransfer/gruendungsfoerderung/danube-cup [German content] for more information on the cooperation and the Danube Cup 2021.