This bilateral cooperation involves creating a knowledge pool of energy aware systems. The cooperation is aimed at launching several initiatives and projects related to the area of energy awareness. The role of university of Passau is looking at the energy efficiency in networked and distributed systems based on virtualization techniques. The introduction of energy-aware networking in fixed infrastructure requires a new architecture that aims at reducing energy consumption in a large distributed system. Our approach goes far beyond traditional systems for distributed virtualization like PlanetLab or Grid computing, since it relies on complete decentralization in a peer-to-peer like manner, and above all, aims at energy efficiency. Energy metrics are defined, which have to be optimized by the system. The system itself uses virtualization to transparently move tasks from one home to another in order to optimally utilize the existing computing power.

This publication material is presented to ensure timely dissemination of scholarly and technical work. Copyright and all rights therein are retained by authors or by other copyright holders. All persons copying this information are expected to adhere to the terms and constraints invoked by each author's copyright. In most cases, these works may not be reposted without the explicit permission of the copyright holder.

No references have been found.

Please see our chair's publication database for further publications and abstracts as well as for advanced search and filtering capabilities. 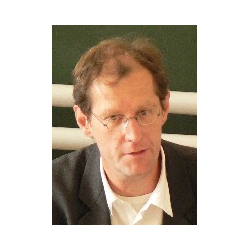