We aim at the development of a comprehensive concept for energy efficiency, involving all layers. This involves physical nodes, cooling of nodes, networking hardware, communication protocols, and finally the services themselves that running on the nodes.

The key technology to achieve an energy efficient operation of the servers in data centers is virtualization. Virtualization and virtualization management concepts will be extended to support energy efficiency. Virtual machines that encapsulate virtualized services can be moved, copied, created and deleted depending on management decisions. Energy efficiency can be achieved by consolidating hardware and reducing redundancy. Unused servers can be turned off (or hybernated) to save energy. Not only the aspect of load is considered, also the “heat” of a service is measured and considered in the movement of it. When a node is excessively used or is near to other high loaded nodes, hotspots can appear. To avoid such hotspots, heat can be distributed across sites. Services can be moved from sites with high load or high temperature to sites with less load and lower temperature. This kind of an energy-efficient management of resources has to be realized by an autonomous energy management that is as transparent as possible to the user of a service.

Another element is the optimization of the network and its protocols. Some hardware already offers features that allows an energy-efficient operation of the network (e.g. turning of network interfaces, throttling of CPUs), and have to be exploited. Network protocols have to be optimized (or even to be redeveloped) in a way that they support the energy efficient operation of the network elements. A network device should be enabled to delegate services to other devices, if possible (clients are not aware of this delegation). Such a delegation would allow the transfer of a service from an energy inefficient to a rather energy efficient device or to a device which has to be always on anyway (e.g. a router). The delegating device can change to dormant mode or can be turned off. In a network many basic services have to be active to periodically confirm their availability even when no communication is taking place. These so called “soft states” make it impossible to turn off components of the hardware and of the operating system. New protocols could work around such soft states to increase the energy efficiency of the network. Also signaling is a highly important subject in energy-efficient networks. Whereas the characteristics of data and signaling traffic highly differ, the same technology and mechanisms are used for both (in-band signaling). Signaling needs only low bandwidth but can occur anytime whereas data traffic occurs after signaling has taken place, requires usually high bandwidth and is passed over all layers up to the application layer. Therefore data and signaling traffic should not be processed in the same way. The possibilities of out-of-band signaling have to be analyzed.

To comprehensively raise the energy efficiency of a system, all of its layers have to be considered, including application layer services. Services have different needs concerning the environment they are running on or have special properties that support the energy efficiency of the underlying system (e.g. certain usage patterns). A service might only be used weekdays from 8h to 18h or have peak usage at a certain time of the day. A user might, e.g., consider a trade-off between a more energy efficient service and a more reliable one, and compose the service in a way, that it fits best. This way, it is also possible to develop accounting mechanisms that depend on the energy that has been used by a service.
Also the air-conditioning that is needed to cool servers in data centers causes about half of the overall energy costs of the data center. The challenge in cooling comes from an inefficient usage of the cooled air. The optimization of the air condition of a data center is a very complex subject and depends heavily on the data center facility. 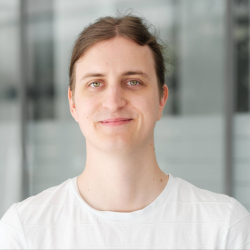